This powerful jet is the largest in the ERJ family. It is perfect for creating a regional network and offers great capacity. With more than twenty years in operation and with service in 26 different countries, it has proven to be a great option both on and off the runway. 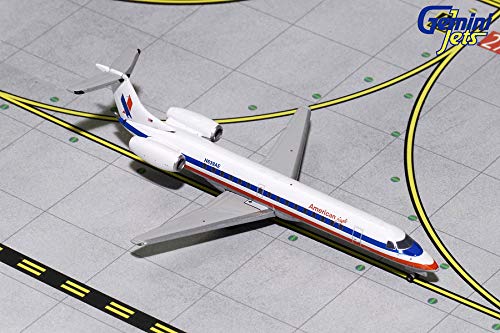 This powerful jet not only offers plenty of seating and comfort for passengers, but is also known for being reliable, easy to maintain and repair, and a pleasure to fly. Thanks to updated systems as well as advanced components and materials, it is a great aircraft with plenty of value that is designed to last for years.

Development of the ERJ 145 began in 1995, and the aircraft was first certified in 1996. It entered service later in the year and is currently operational around the world.

Three variations of the ERJ 145 are available. These is the 50-passenger option, the 37-passenger option with a shorter fuselage, and the 44-seat medium size option. Additionally, there are both extended range and extra long-range options.

There have been multiple orders for this aircraft, with Hainan Airline Company ordering 50 of them in 2006. This number was later dropped to 25.

Many different companies teamed up to create this powerful and reliable aircraft. Hamilton Sundstrand provided the AC system and the pressurized system was provided by Liebherr Aerospace. EROS provided the oxygen system. The wings are from Gamesa of Spain and ENAER of Chile provided the tailplane and fin.

The low-mounted swept wings, T-tailplane, rear-mounted engines, and circular cross section fuselage set this aircraft apart. It has winglets on the wings to improve wing efficiency and to increase lift. Additionally, the aircraft has a nose radome from Norton.

Like other aircraft in the ERJ family, the 145 has a Honeywell Primus 1000 avionics suite. It boasts multiple systems to help guide pilots during flight. From a ground proximity system, attitude heading reference system, and collision avoidance system, it is fully loaded.

Optional systems include a GPS and flight management system, which can easily be loaded onto the plane.

Fifty passengers can sit three-across in this aircraft. C&D Interiors designed both the baggage compartments and the cabin. Airstairs at the front port side allow for easy passenger access.

The dual Rolls Royce engines in this powerful aircraft offer all of the thrust that it needs to easily take to the air. They are located to the rear of the fuselage. The ERJ 145ER, which is the extended range version of this aircraft, has AE 3007A engines that are rated at 31.3kN. These can easily be upgraded to more powerful AE 3007A1 engines.

This powerful jet offers a max flying speed of 833km/h. It can easily fly to a range of 3,704 kilometers and has a service ceiling of 11,275 meters. Even if there is a problem with one of the engines, the jet can still easily reach a ceiling of 6,100 meters.

In order to safely take off, the ERJ 145 requires a landing strip that is 2,430 meters long. Landing doesn’t require as much room, and the jet can easily be landed in a space of only 1,140 meters. With a maximum take-off weight of 12,934 kilograms, this is a great option for any airline looking for an aircraft with fifty seats.

The landing gear on the ERJ 145 was created by EDE. They provided durable and reliable retractable tricycle-type landing gear. The nose landing gear is provided by Liebherr. Each aircraft has durable Goodrich wheels as well as carbon breaks.

The nose unit retracts forward, while the main units retract inward. The Hydro-Air control system offers braking. Since the nosewheel is steerable, pilots can easily handle the aircraft. It has a minimum turning circle of just 29.22 meters.

The Bombardier CRJ regional jets are considered to be the main competitors for the ERJ 145. As the largest aircraft in the CRJ series, the 145 is in direct competition with the CRJ 100 and CRJ 200.

Like with other aircraft, the operating cost per block hour can vary with the ERJ 145. However, it tends to run between $757 on the low end and $1,338 on the high end.